I have found a natural weed-killer spray. I really hate weeds and when I try to pull them from the gravel dog pen I just end up with cut fingers (yes, even with gloves on - I'm just that talented) and sandals stuck with dog poop.

Until now! I have tried a bunch of natural concoctions. Obviously, I don't want to spray an herbicide in the pen and then have the dogs walking on it, so natural was a must.

The winner killed the weeds in less than 24 hours.  The recipe came from Full of Great Ideas. 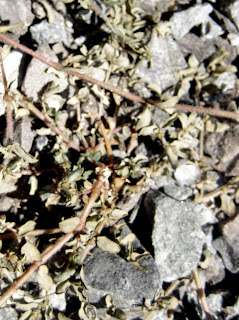 That's it.  Fill mostly full with the vinegar, add salt and the soap.  Give a pretty good shake to combine and then spray away.  This ended up being MUCH easier than pulling the weeds.  I am just ecstatic. 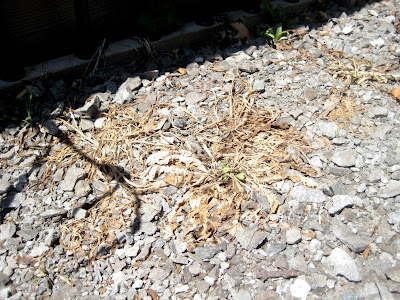 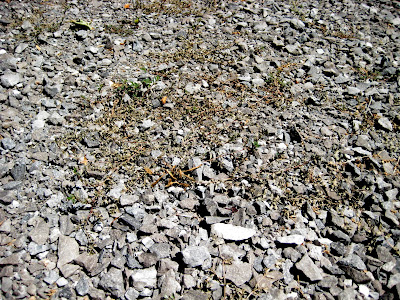 Never did anything so crusty and dead look so beautiful!!

We are so much alike, it's scary! You're trying vinegar to kill weeds this week and I'm working on staining wood with it this week! It's just too bad we live so far away, we could have shared the big jug I bought of it! My "vinegar use" is working, too. I'll tell you about it in an e-mail.

Some Bits of Everything said...

Sounds great! Quick, cheap& easy - I have to try it!

This is probably a better idea than the Round Up I use. :o) Congrats on your feature at Creative Princess. It was wonderful!

WAhooo!! Weeds suck and are taking over our side yard. I am trying this for sure! I am also your newest follower. I love all the comments you leave over on mindy's blog..so I figured good commenter = good blogger this is true.

Nice! Those dead weeds are beautiful. No, seriously, they have a nice patina. lol

Too funny -- I was just researching this very topic for the new house. Now I assume you were trying to kill all the plants in the pen -- wonder what I'll do if I want to preserve the grass but get rid of the weeds? This recipe, however, will be a godsend for those spots between the sidewalk. We need to seal them up, but before we do that, we need to send those weeds on their merry way. You know, I've tried the vinegar solution before -- I guess it's the salt that makes this lethal. Thanks for answering a question you didn't even know I had!

This is great!! I wish I had read this earlier I spent 1/2 an hour weeding in front of the ol' double wide this morning. Sad to say there are still plenty to try this on! Thanks for sharing!