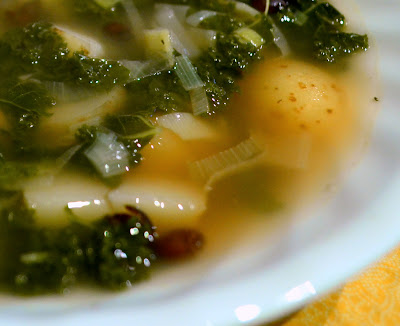 This is an oldie but a goodie.  It's actually pretty simple, not a lot of ingredients, but the flavour ends up being more than you expect.

You'll be shocked to know I started with a little bit of oil and onion.   (Do I make anything without onion?) 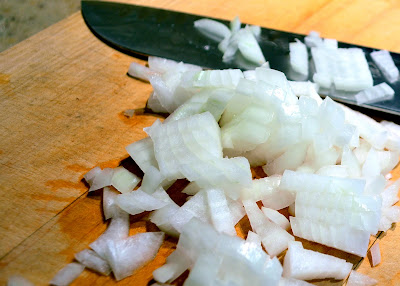 I added some thyme, bay leaf, salt and pepper and sauteed until the onions were soft.  Next up were potatoes.  I normally use regular yukon golds but all I had today were baby potatoes so I threw in both red and whites. 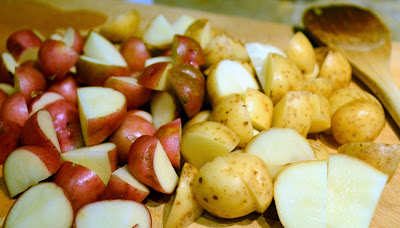 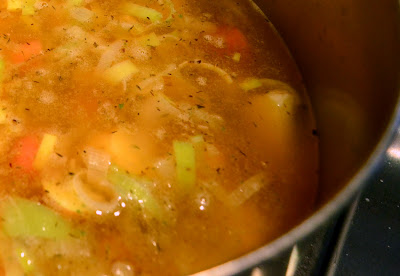 Next in was the kale.  I grabbed some from the garden.  Have you ever cooked with kale?  I just removed the stems and then chopped it up.  I always add more than I think because it shrinks down. 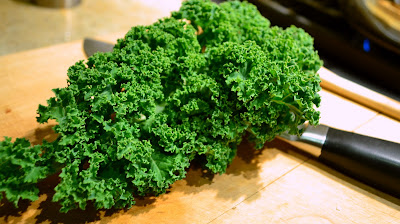 Last thing in - black beans.  You can use canned (I would drain and rinse first) or cook up your beans from dry.  There is a fabulous recipe for cooking beans in the crockpot that is entirely painless from A Year of Slow Cooking if you're interested in giving that a try.

Let it simmer for 30-60 minutes.  The longer you let it go, the better it tastes, but you can certainly enjoy it after only a half hour. 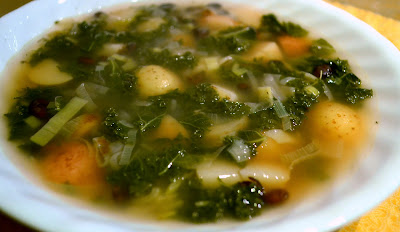 Sounds and looks delicious! I think I've got everything here to make it without going to the store today. We may have this for dinner.

This couldnt have come at a better time!! I have leftover kale in my fridge! Looks super yummy!!

Yum. another wonderful use for kale. All good foods start with a little oil and an onion, don't they?