This was a spur-of-the-moment soup.  One of those where you feel like soup but when you check the fridge, all that's in the crisper is celery.  That kind of soup.

So I started with some butter.  Mmmmm,....butter. 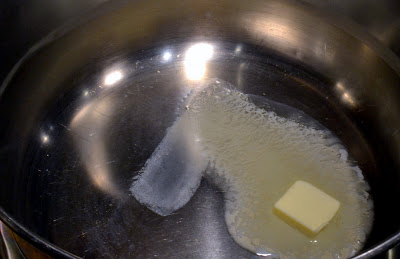 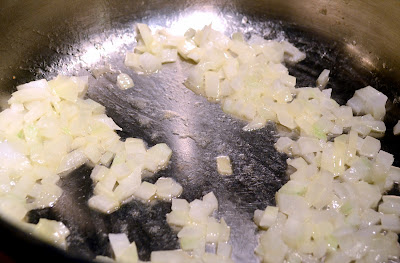 Then threw in the diced celery. 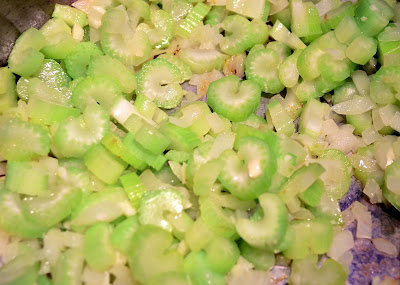 I added some chicken broth and let it simmer for about 20 minutes until the celery was tender.  Then I pureed the soup with a hand blender, salt, pepper, and thyme.  I put the soup back on the heat, added about 1/4 cup of cream, and then cooked just until the cream was heated through.

I wanted to spice the soup up a bit, so I thought I would make Parmesan crisps.  I've never made them before.  Basically they are a heap of Parmesan that you broil into bubbly goodness and then let cool until they crisp up.  You can then use them like croutons (if they make it past your mouth).

Here they are starting out: 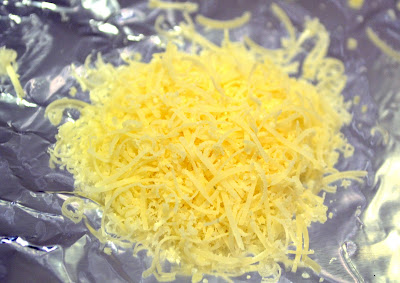 And under the broiler.  Yummy bubbly.

And here they are after I tried to remove them from the tin foil (suddenly realizing that I forgot to use cooking spray first): 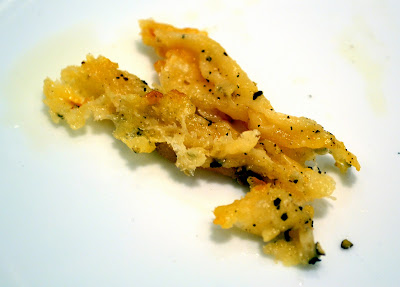 Uh-huh.  Suddenly not so pretty.  I scraped the poor cheese off the of the foil and plopped the disgusting-looking remnant into the bowl of soup.  Definitely not pretty. 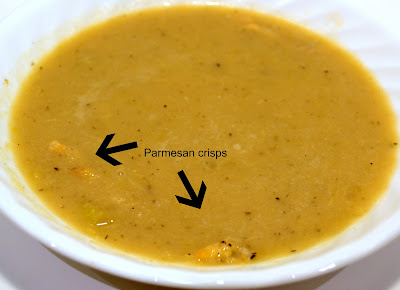 It was, however, quite tasty.  So maybe next time I'll spray the foil or just add Parmesan to the soup.  Either way it's an easy, simple, yummy winner.

Mmmm I love the sound of that celery soup! The delicatessen in my village makes amazing soups, they're such a treat as the weather gets colder!

Yummy soup! To bad about the Parmesan crisps. Have you ever used a silpat? Nothing sticks to those babies!! I LOVE mine!

Sometimes the ugliest food is the BEST tasting!
You had me at butter on this one.

You had me at parm crisp. How did I know now about these?! Looks pretty tasty in the soup. I just had to come here hungry.

I love "Sunday Soup" Day! This one's a real winner!

LOL I've forgotten the spray many times. Come on, they didn't look that bad. Love the ingredients in this soup. How's that buffet your planning for me coming?

Mmmmm. And I say, no matter what shape it comes in, crispy cheese does not suck.

Truly, you're starting out with butter and finishing with parmesan cheese. I can't see any way that this could have gone wrong!